How Much Do Pop-Up Campers Weigh 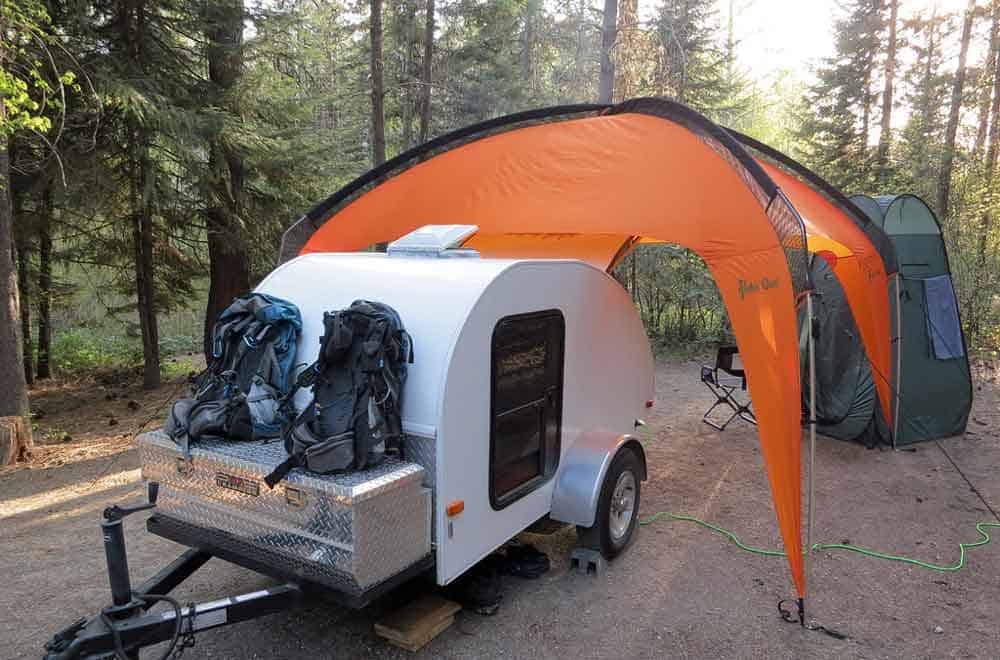 Travelling can be fun especially during the summer and spring seasons. But do you want to know what more fun than traveling is? Traveling with a pop-up camper. Most of the people call it a pop-up RV (Recreational Vehicle) or a pop-up trailer.

It is a type of camper that can be refolded thus making it transportable. The camper can be a low-cost solution in case you can’t afford a 31 feet RV as it provides enough space when unfolded. Thus it’s not necessary to use a big vehicle such as a truck when towing it, as it is relatively small.

What Are The Types Of Pop-Up Campers?

Pop-up campers vary from size, style, construction design, etc. Hence there are different types of pop-ups in which include:

They are probably the largest pop-up campers. They have enough space to accommodate an All-terrain vehicle (ATV) with a couple of motorbikes on it. It’s mainly used in sporting events, or in cinema and film acting scenes to carry and transport ATV vehicles.

The popup campers are tall and hollow. They are mainly used to fit counterparts, etc.

These are campers that have bunkers instead of hard roofs. They are called flip out campers since their rooftops can be flipped out giving the camper enough space.

These are the type of pop-up campers that have an A shape on their rooftops.

These are foldable pop-up campers that are built specifically for an off-road trail.

These are pop-up campers that can be towed by a motorcycle due to the lightweight.

How Much Do They Weigh?

When you purchase a pop-up camper or any other form of the camper, its weight is usually unloaded with fuel, water, and accessories. Thus, this is what is called the dry mass or unloaded vehicle weight in which is the actual weight of the camper.

In a normal estimate, pop-up campers weigh from 600 pounds up to 4000 pounds with the small pop-up camper weighing 600 pounds, while the big campers weighing from 3,300 pounds up to 4,200 pounds. This means that a medium-sized camper is likely to weigh 2000 pounds. Thus, the above weights are their dry masses when unloaded with water and fuel in which might add an extra couple of numbers on their weight scale.

These are the most commonly bought pop-up campers. They are slightly larger than small pop-up campers with more space and more accessories. They weigh from 1000 pounds up to 1,900 pounds depending on the load weight and accessory amount. Thus, this can be towed by a minivan, a cargo car, or even a truck. The most common medium pop-up campers include Jayco Jay Sport, Coachmen clipper, etc

These include High wall pop campers, Toy haulers, etc. They are the largest size of pop-up campers with size ranging from 30 feet. Not only do they give enough space to fit accessories but they also provide spaces to fit vehicles like ATV and bikes (Toy-hauler). They weigh from 2000 pounds up to 4000 pounds making them the heaviest pop-up campers. Thus, they can only be towed by cargo vehicles and trucks. The most common large pop-up campers include Rockwood Tent Trailers, Coachmen Clipper (2000 pounds), etc.

Therefore, it’s important to know the weight of your camper when purchasing it since it will help you know if your car has the power to tow to it or not. I hope the article may become useful to you.